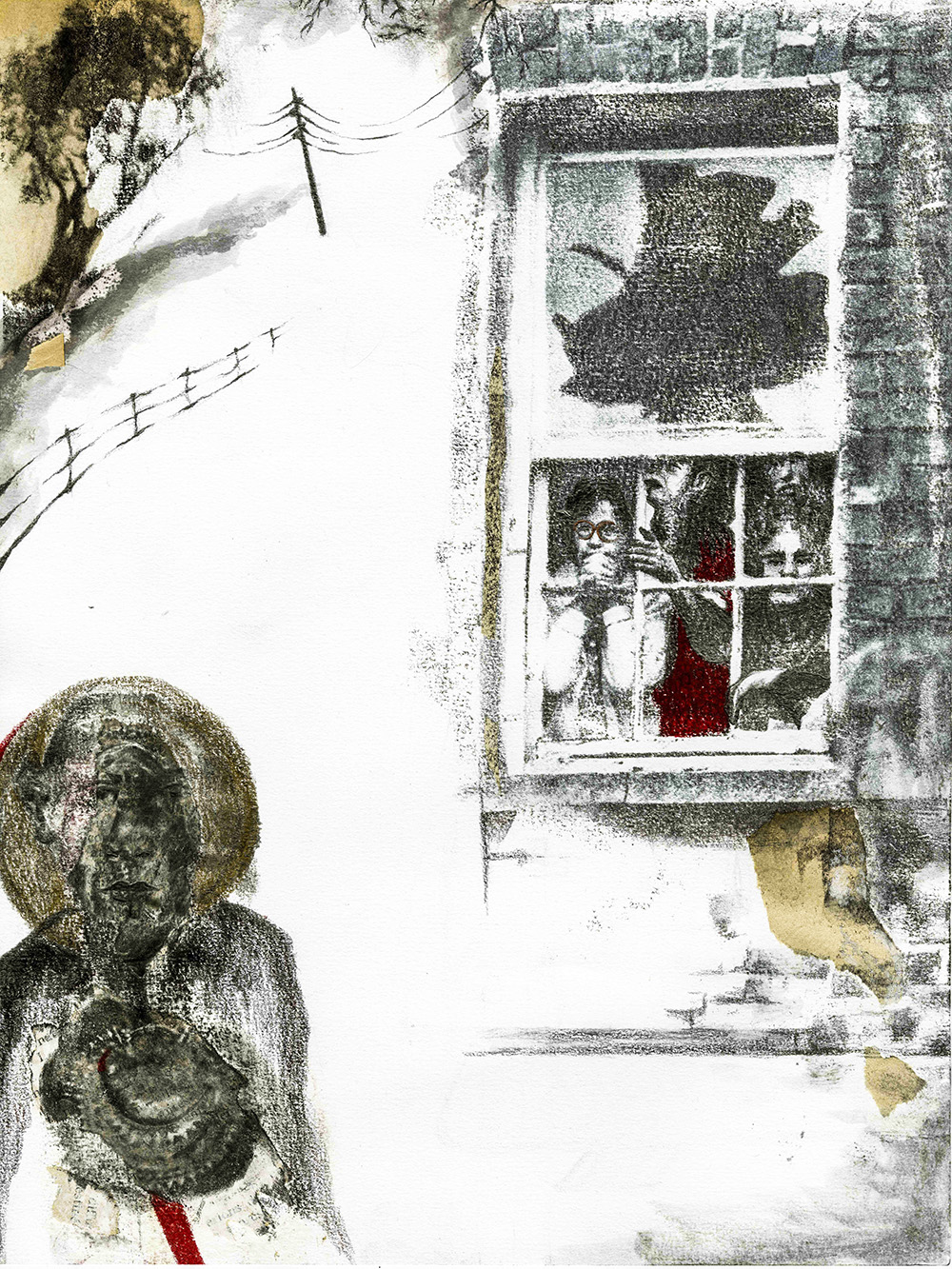 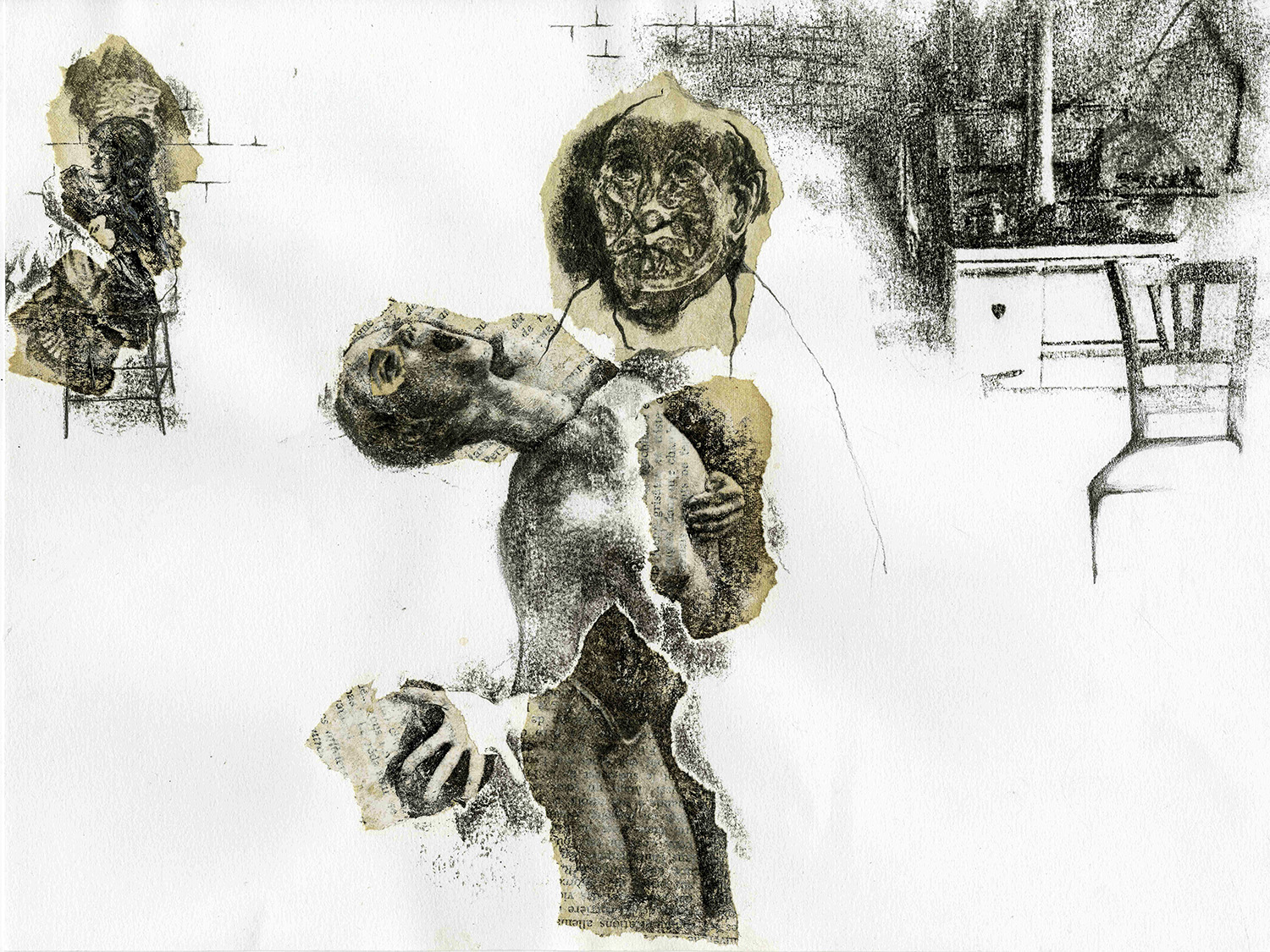 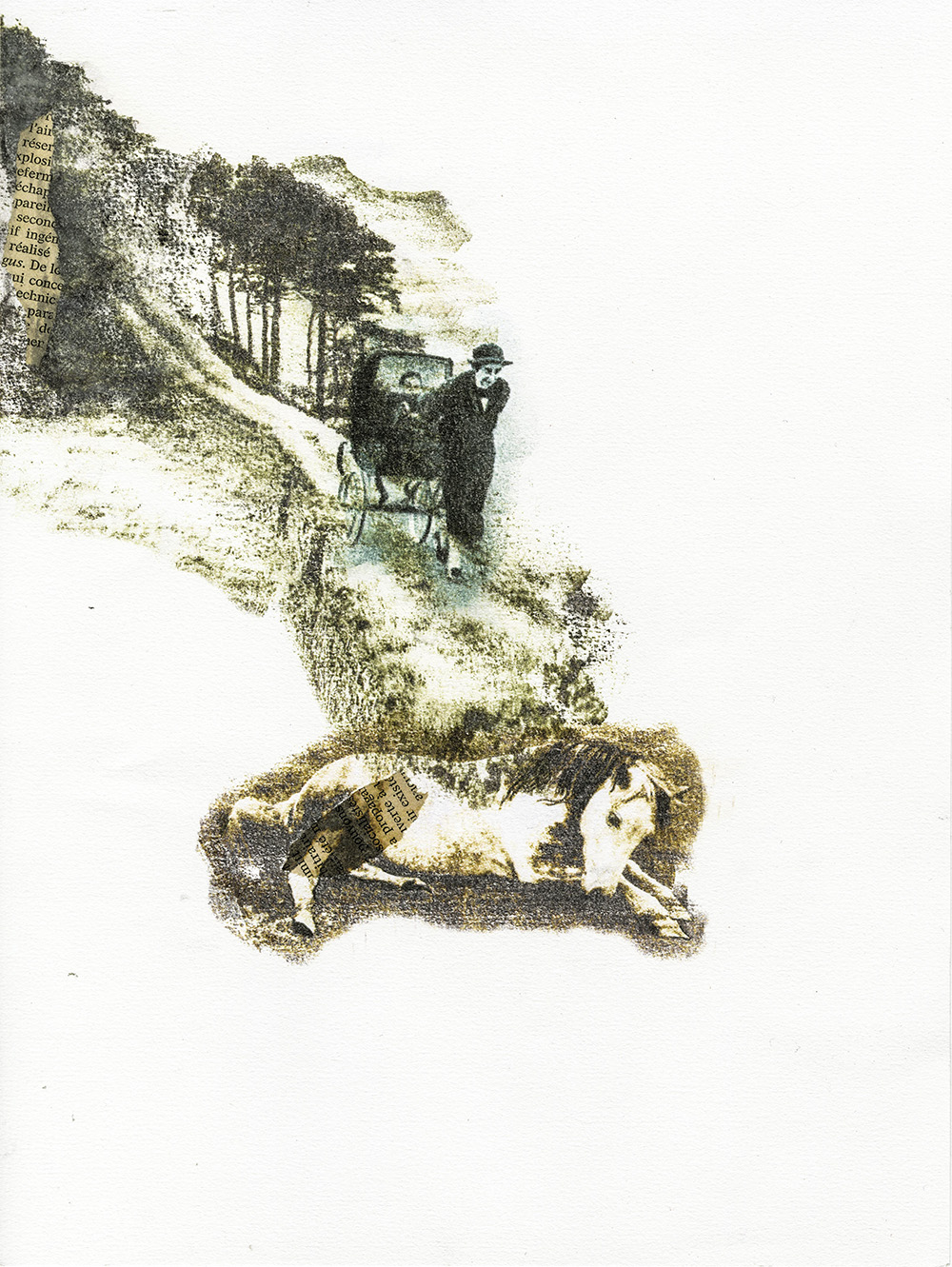 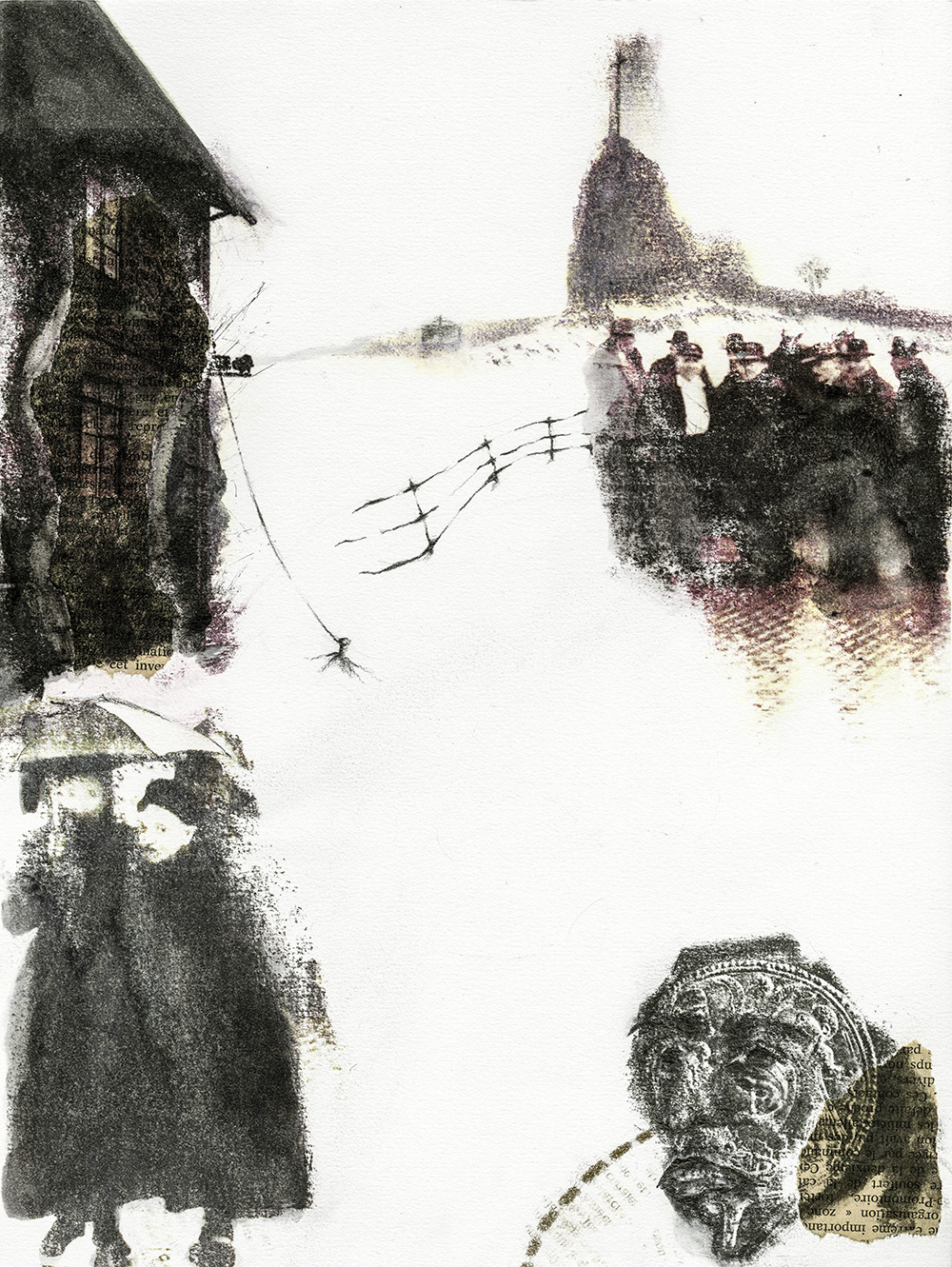 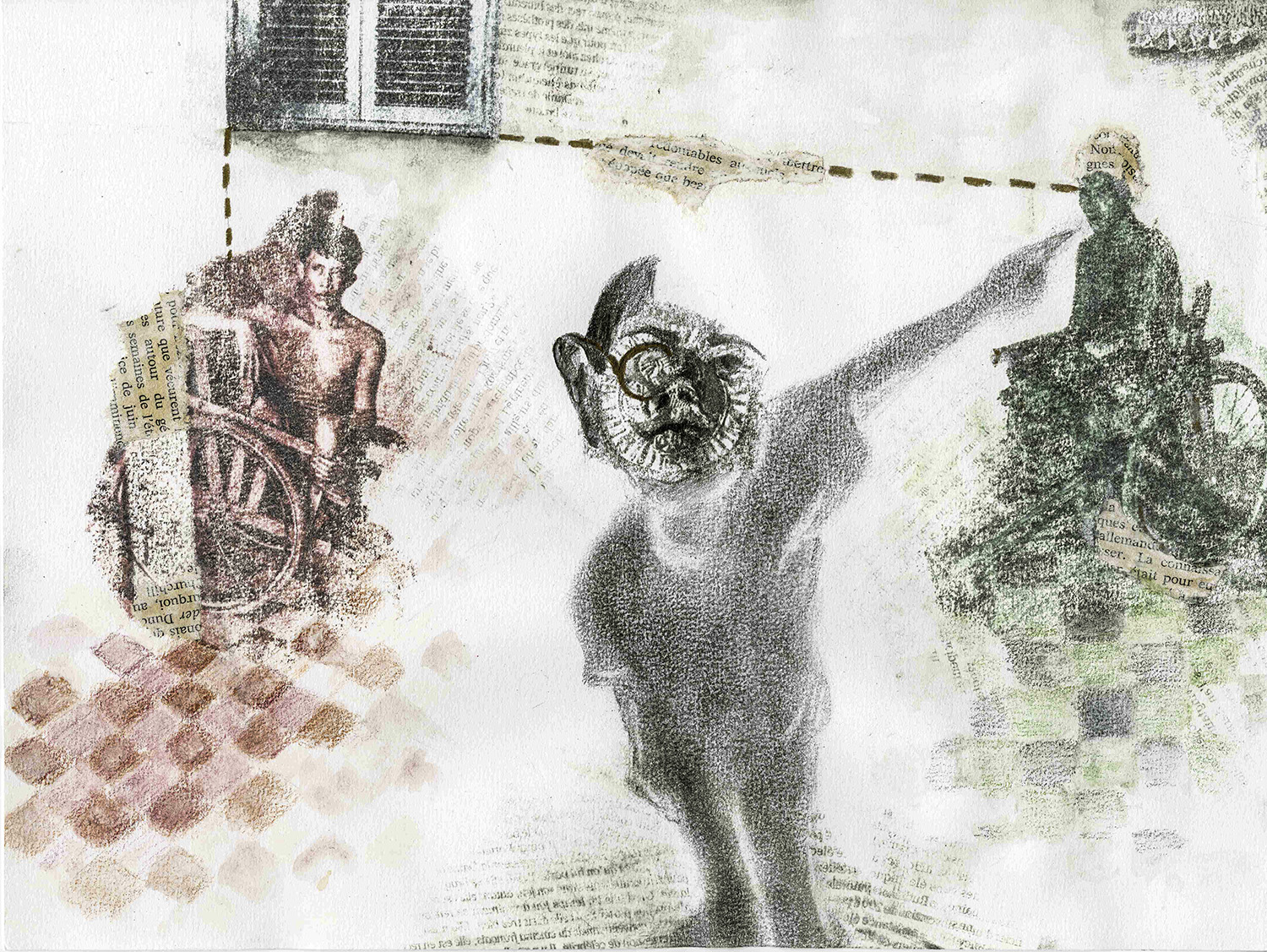 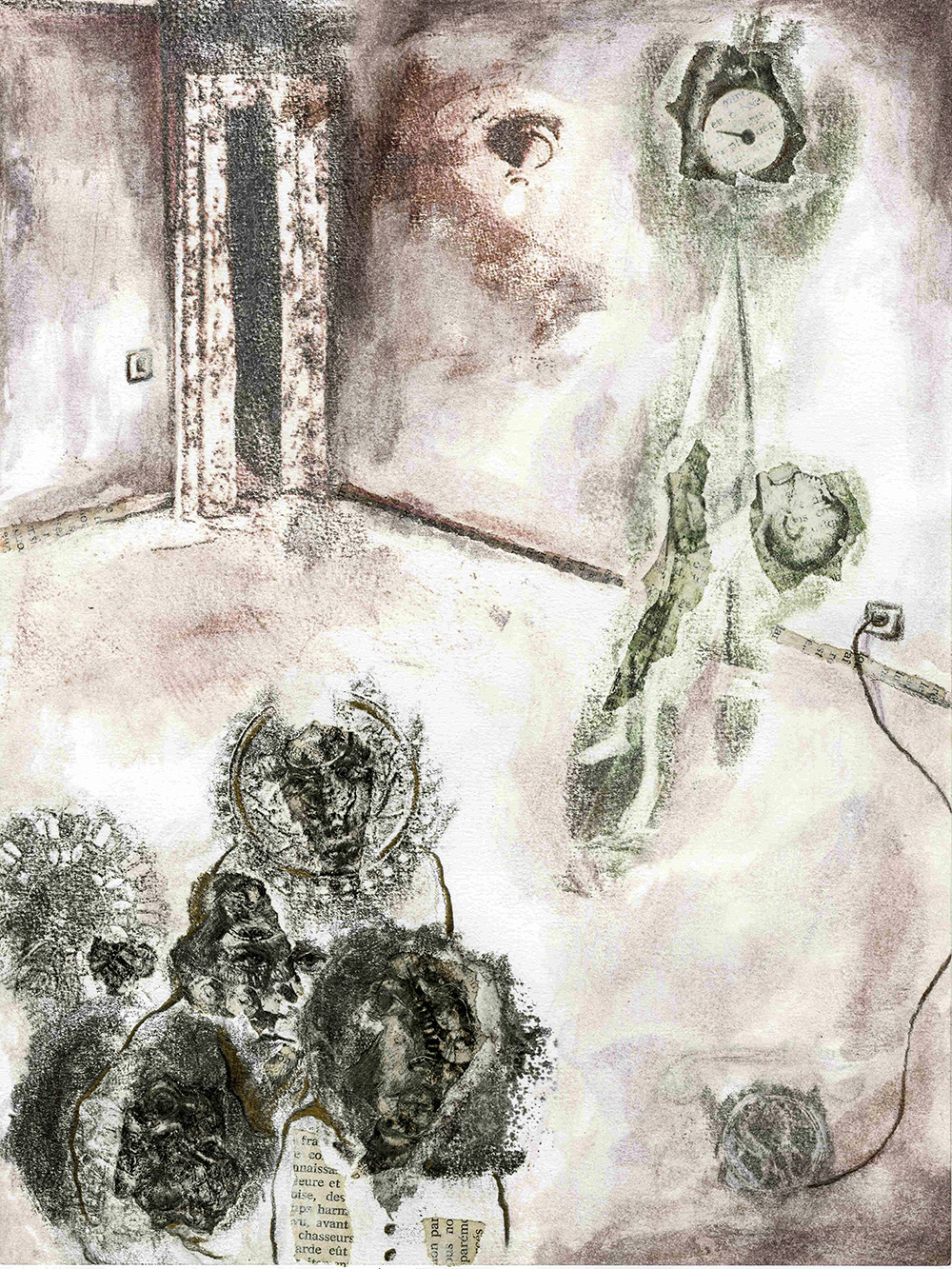 « There is no stable base of society, There is no longer any stable thing, the disorders that we see in some democracies are due to these instabilities. Our existence has become laced, fragmented and helpless because of permanent conflicts and unexpected changes. «
Émile Durkheim

To realize my project, I thought that in addition to preparing a form for the book, it would be interesting to pay attention to the content of the book. During my research, I encountered contemporary poetry Iranian and among contemporary poets, I appreciate Forough Farrokhzad differently. His poems particularly interested me because they provide a context and an atmosphere that I recognized in my thoughts and concerns. They gave me the opportunity to draw them. The drawings that you are going to see are not only the fruit of the verses terrestres poem but, they are influenced by my feelings as well as my vision of life in our time.
Earthly Verses is modern and complex like our world. His heart and his language show unusual subjects and pictures. Humanitarian and pure and innocent, this poem leads us to rethink the meaning of notions such as: life, death, existence, loneliness and the perplexity of contemporary man in this strange world.
It is not spiritual concerns that we distinguish, but Earthly Verses represents a world that has lost the element of faith. In this world without faith no one thinks of love and victory. To arrive there is an impossible wish for travelers without faith; an empty room that has no particularities but what it is: a room. The designs can not only be illustrated in a book but also displayed separately. As for the layout, I decided not to put the poems and drawings together in the same book but as two separate books in one cover. This is due to the fact that the poems have an imaginary character, especially for the French-speaking interlocutor. As for the typography, the contrast between the lead block letters used in the background and the manuscripts better shows the improvisation. This, in my opinion, corresponds well to composing a poem as if the writing becomes a potential image.